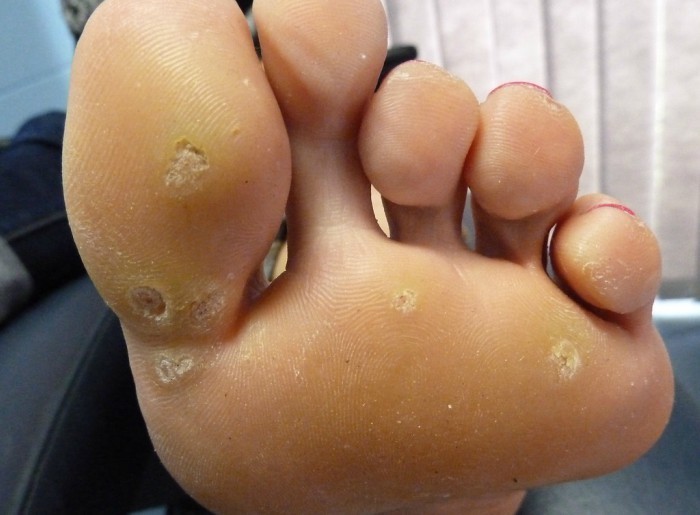 Warts are small non-cancerous growths that appear on the skin. The wart is caused by a virus called the human papillomavirus (HPV) and isn’t caused by playing with frogs. HPV is contagious and can be passed from one person to another. Yes, we get it that no one likes warts. It is true that strange bumps can be embarrassing and painful. Thankfully, there are several different methods to remove warts easily.

Cut a small piece of duct tape and place it over the wart, it’s necessary to keep duct tape on the wart as long as possible. Every few days remove the old duct tape and replace it with fresh tape. Repeat this process until the wart falls off. This process could take several weeks or months and may not work to remove every wart. You can even use a combination of apple cider vinegar and duct tape too.

Liquid nitrogen can be used to remove warts. A doctor may use a cotton ball or a cryogen to apply liquid nitrogen to the wart. The liquid nitrogen freezes or kills the wart and the wart falls off. This method sometimes requires 2-3 treatments of cryosurgery. It’s more expensive than a home remedy, but is more effective and is a quicker removal process. Freezing a wart does hurt a bit but it is a quick way to remove warts easily.

Excision is where the wart is removed by cutting it away with a scalpel. This type of surgical procedure is more commonly used on smaller warts.

Electrosurgery uses a scalpel to cut away part of the wart and then uses an electric current to burn off the rest of the wart.

Laser surgery uses a laser to burn or remove the wart.

Warts are contagious and can spread to other parts of your body. As soon as you notice a pesky wart, start using a home removal method or see your doctor. There are so many different ways to remove a wart, there’s no sense in just dealing with one.

Have you ever had a wart? How did you remove your warts? Did you get rid of warts easily?

1 thought on “How to Remove Warts Easily”