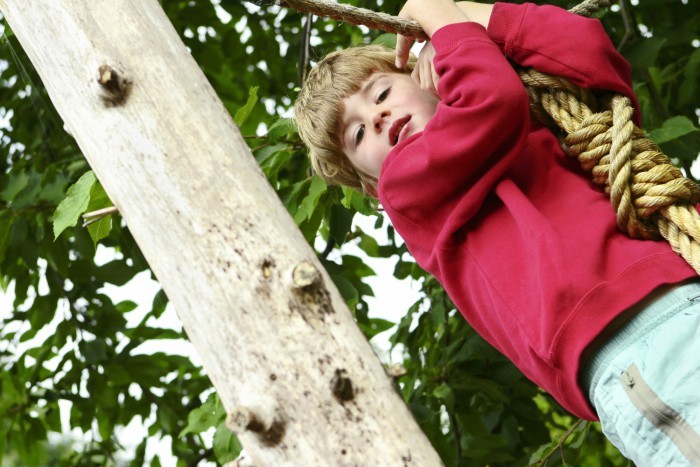 During the wintertime, we tend to hibernate indoors and spend too much time behind the screen. As soon as it is nice outside, we try to get outdoors and enjoy the sunshine and fresh air. But why not get outside and play these outdoor games for kids.

As a mom, I’ve always been fairly picky and typically don’t let my kids play outside unless I can keep an eye on them. Things aren’t like they were when I was growing up and my parents often let me run up and down our block with the neighborhood kids.

Pry your kids away from the screen when temperatures outside make it possible to play outside. Now that spring is here, parents you should encourage your children to spend time outdoors and even get some much-needed exercise. Personally due to the nature of the world today, I would much rather my kids spend time playing outside in the backyard. It is so much easier to keep an eye on them when they are in the backyard. Playing in the backyard does limit the type of activities that they can do but why not let them have fun anyhow.

We have compiled a list of our favorite outdoor games and hope that your kids enjoy them too.

One of my biggest worries when my kids were little, it never failed that they would accidentally throw the ball in the street or attempt to chase the ball across the street. Young children don’t realize that chasing after a ball in the street is dangerous. If you do let your child play out front, it is important to watch them closely and teach them about street safety.

A few years ago, my youngest son asked for a baseball set for Christmas. Texas winters vary from week to week and when it was nice outside, we would grab his baseball glove, baseball bat, and his ball to play a quick game of baseball. They have baseball sets for any age group, my son was a toddler when he started playing baseball in the backyard.

If you are worried about a baseball going through a window, swap it out for a tennis ball.  You can play a game of tossing your child the tennis ball back and forth. Whether you let them take a swing at the baseball or play a game of catch, outdoor games like baseball can help improve your child’s hand-eye coordination skills.

Soccer is a popular sport in the US and kids as young as 3 or 4 years old, can start playing on a team if they are interested. Both of my boys loved playing soccer when they were younger and when they first started playing, they would pick up a ball and kick it back and forth to each other.

When my boys started playing soccer, I had them start playing in the backyard. I didn’t have to worry about them accidentally kicking the ball into the street and chasing after it. As my boys improved, they were guilty of kicking the ball over the fence a few times. Help your child grow their skills and purchase them a small soccer goal and some cones. Having access to a soccer goal and cones can help improve your child’s skills by practicing and performing drills in the backyard.

This is a popular sport in the US and it is never too early to let your kids start playing. If there aren’t enough players for a full team, don’t worry they still can toss the football to each other.

It is great for hand-eye coordination. They make nerf footballs and smaller footballs for smaller hands to use, so next time you are at the store pick up a new football for your child.

Kickball is a popular outdoor game that kids of any age can enjoy playing together. This game does work better if there are more kids playing. But you can play even with one or two players.

For this game, you need a kickball (aff link) and designate 4 spaces known as base. It is very similar to playing softball or baseball, except you roll the kickball and kick it into the field.

This is a classic game outdoor game that is perfect for playing in the backyard. The goal of the game is to chase your friends around the yard and tag each one. Once you tag your friend, they have to remain frozen in the same pose they were in when they were tagged. After everyone has been tagged, the last person who was tagged is now the person who is “it”.

Invite your child’s friends over and enjoy this fun outdoor game. This game can keep them busy for hours or until everyone is exhausted.

This is another classic outdoor game and it was one of my favorite games to play with a group of friends. The rules are super simple. Divide a group of friends into two groups, pick two flags, and set the boundaries for your game.

Your two flags don’t have to be anything fancy either. You can use bandanas or old t-shirts. The goal of the game is to find the other team’s flag and to return it back to your zone safely.

If you are tagged while stealing the flag, you have to go to a designated area (often called jail) until someone from your team frees you. Our youth group at church loves to hide the flag from the other team but you can also play with a visible flag. Once the other team’s flag is captured and brought back safely to your zone, the game is over and a winner is declared. Your kids can play until they are exhausted or ready to play another game.

This is a popular outdoor game during the ’60s and as each generation passes this fun game is slowly fading away. Help keep this classic game alive and teach your children how to play kick the can. Grab a can from the recycling bin or trash can. Place the can on a safe spot.

The person who is “it” has to close their eyes and count to 100 while the other’s go and hide. Once the counter has gotten to 100, they have to run and find the others. Keep in mind, the goal of the game is to tag the others before they get a chance to sneak out of their hiding spot and attempt to kick the can. The first person who kicks over the can without being tagged is declared the winner.

I remember playing this fun outdoor game as a child and it was always so much fun. It does require at least 10 or more children to play this game. Divide the players up into two groups and then line up about 30 feet apart (a good distance so that they the called person has room to run).

If the runner fails to break the chain, then he or she has to join that team but if they broke the chain the runner gets to chose one person to join his/her team.

This is a great game for toddlers or younger children to play. Have the children sit in a circle and designate one of the kids as the “fox”. Then have them go around and gently tap each on the head while saying duck. Once the child picks out the “goose”, they will say “goose” and take off running around the circle.

The one who was chosen as “goose” has to stand up and try to tag the fox before the fox sits down in the “goose’s” spot. If the fox is tagged, he has to go again and tag a new goose.

If the “fox”, made it safely and sat down in the goose’s spot without being tagged then they are the new “fox”.

This game needs a bit of space so unless you have a backyard full of hiding spaces this game wouldn’t be as fun. If you take your kids to the park, then you can let them play hide and seek with other kids at the park.

Parents help your children define the rules so that they know the boundaries. They know where they are allowed to play hide and seek at. The person who is “it” has to close their eyes and count to 100.

Once the time is up, they have to find their friends. The goal of the game is to reach base without being tagged by the person who is looking for you.

When the weather is nice outside this spring, grab your kids and head outside to play some of these favorite outdoor games. Getting them outside allows them to get some fresh air and sunshine before it gets too hot outside to play.

What were your favorite outdoor games to play as a child?

1 thought on “Best Outdoor Games to Play This Spring”