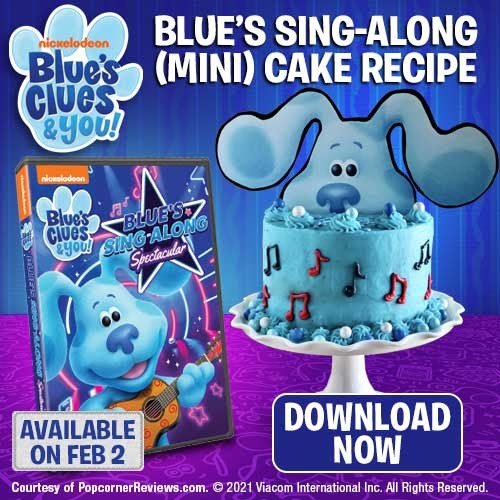 Blue’s Clues is a popular theme for Baby’s First Birthday. When I saw this miniature Blue’s Clue cake, I immediately knew that it would make the perfect Smash Cake for Baby’s First Birthday. You can use the same theme and make a bigger version of the cake for your guests. While buying a smash cake is a popular option, I found that making homemade cakes weren’t as hard as I thought. Over the last several years, I have made these Frozen 2 Cupcakes, fall cupcakes, Halloween cupcakes, and many more that I have shared on the blog.

If you want to have a perfect birthday party for your child but can’t find a pleasing and suitable birthday style in the store to make the party more prominent and vivid, die-cut stickers would be a great element. Custom stickers can be designed in different sizes and materials and stuck on paper cups, cake boxes, walls, and invitations, which are the most colorful decorations. It will be even more special when the custom die-cut stickers have the child’s name or photo on them, which will surely bring joy to the child and leave a lasting impression on the guests. Get to know more at CustomSticker.com now!

As guests start arriving you can turn on Blue’s Clues and You Blue’s Sing-Along Spectacular and keep your little one entertained. Learn more about it below.

Nickelodeon’s hit preschool series Blue’s Clues & You! is heading back onto DVD with four music-filled episodes in the all-new Blue’s Clues & You! Blue’s Sing-Along Spectacular. Available February 2, 2021, fans can join beloved puppy Blue and live-action host Josh (Josh Dela Cruz) as they play Blue’s Clues to learn about different musical instruments, put on a Blue’s Clues Music Concert, start a band and have a dance party. Blue’s Sing-Along Spectacular will have you putting your paws together for Blue, Magenta, The Mailtime Quartet, Slippery Soap, and surprise guest performer – singing sensation Ally Brooke!

Would you attempt to make this cute Blue’s Clues Smash Cake for baby’s first birthday?